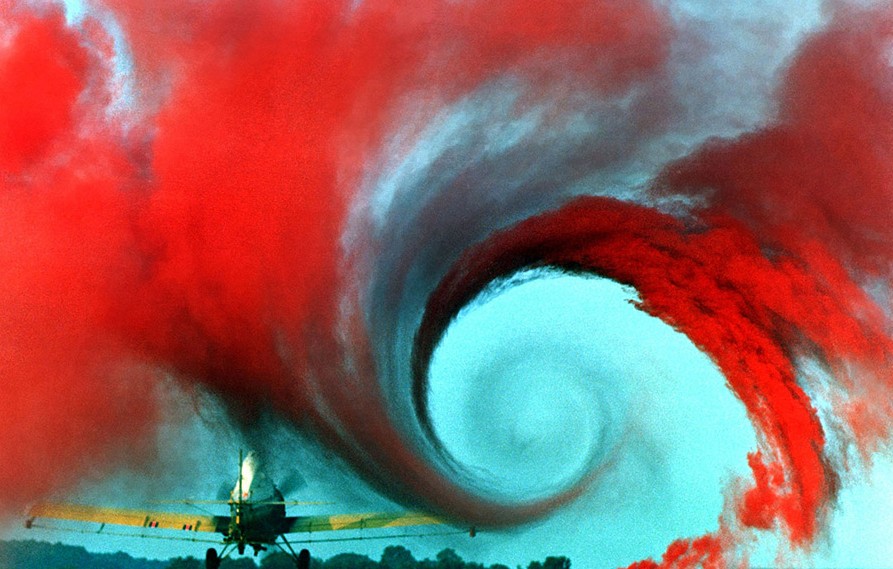 Beginnings of an exploration of patterns in Aikido and in geology, flowing spirals as a basic aspect of order in the universe: 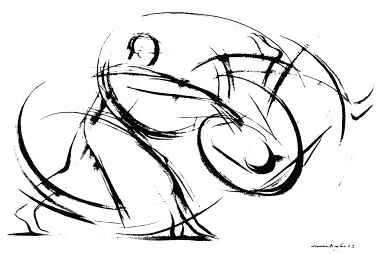 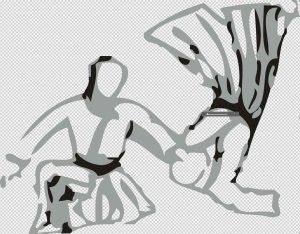 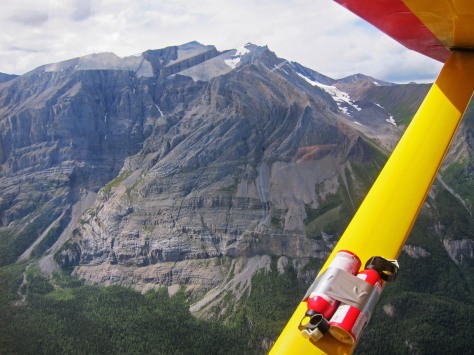 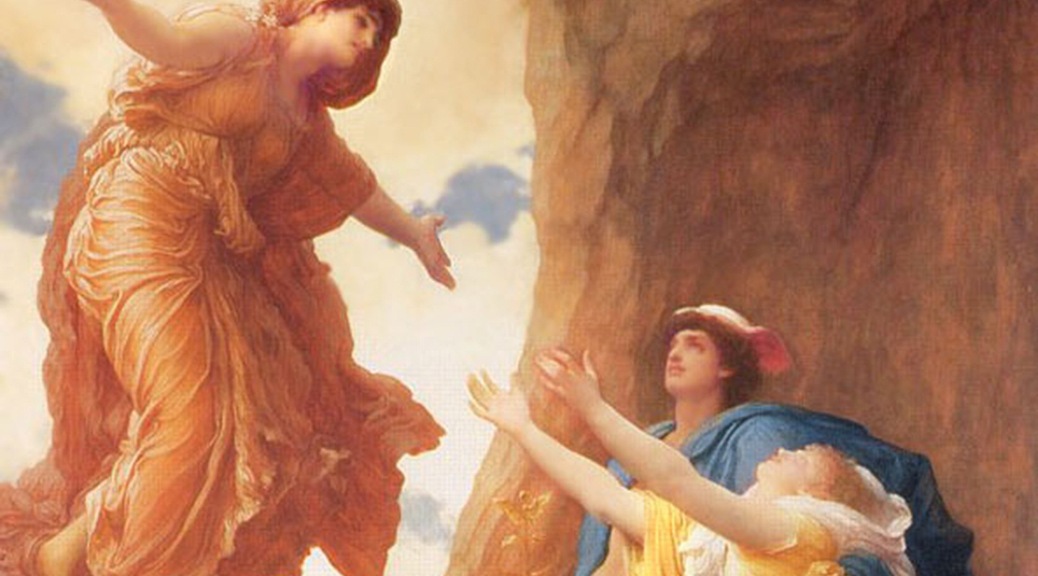 Now “trials,” taken en bloc mean a disharmony between the self and the world with which it has to deal. Nothing is a trial when we are able to cope with it efficiently.

—Underhill, Evelyn. Mysticism: A Study in the Nature and Development of Man’s Spiritual Consciousness. Jack Books, 1930, 353.

So, according to Underhill, a difficult situation is defined as disharmony between self and world. Difficulty is not inherent in the situation, but in the actor. Efficient action involves eliminating or disolving that disharmony. Those who live efficiently are not under stress.

Efficiency is the extent to which time or effort is well used for the intended task or purpose, or the ratio of power consumed to useful power output…

Efficiency …is often used with the specific purpose of relaying the capability of a specific application of effort to produce a specific outcome effectively with a minimum amount or quantity of waste, expense, or unnecessary effort. …In general, efficiency is a measurable concept, quantitatively determined by the ratio of output to input.

… the term economic efficiency refers to the use of resources so as to maximize the production of goods and services.

A next step in this investigation is to similarly compare concepts of “power,” including from, e.g., Thich Naht Hanh’s The Art of Power with that in physics and in politics. The goal here would be to explore if it’s useful to  see two parallel constructs of being and action in these terms. Call them the sacred and the profane? Or the mystical and the economic? I wonder whether Eliade gets into this. (It’s been forty years since I read The Sacred and the Profane.)

It’s not just that the two ways are different. What’s interesting is the ways they are similar. For example, in Aikido these terms are both structural-mechanical, in the anatomical and physiological sense, and emotional-spiritual, in the sense that Underwood and Thich Naht Hahn use them.

Are the similarities just analogies arising from abstractions in our heads, or do they reflect something basic in the real world? The engineer might call the mystic’s language imprecise and meaningless. A mystic might see the engineer’s concepts as a reification and oversimplification of a broader view that incoporates them, what Eliade would call mythological, “tied to cosmic structures and rhythms.”

What happens when both viewpoints are held simultaneously without conflict? The disharmony disappears, efficiently.

Take a look at the similarities between William Gleason Sensei, here at Aikido Eastside, and Laurence Brownlee, singing in Armida at the Metropolitan Opera. Gleason Sensei teaches how specifics of  posture and hand position create empowerment.

“I recognize you divine goodness” is the English subtitle for the line Brownlee is singing in Italian.

To what extent are the principles shown here universal? With what significance? Are they limited to the structure of the human body, or what is their wider meaning? 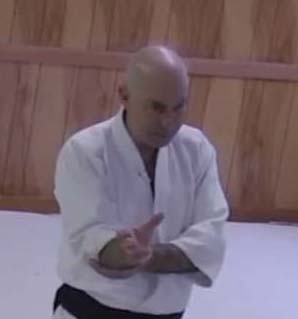 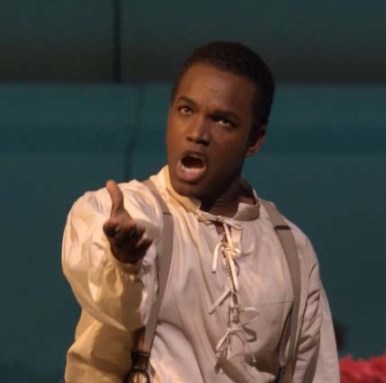 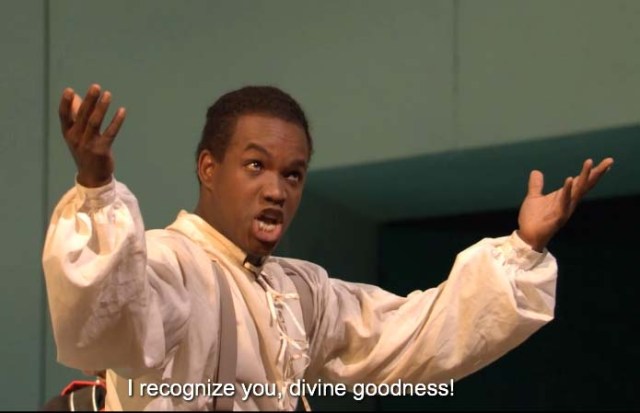 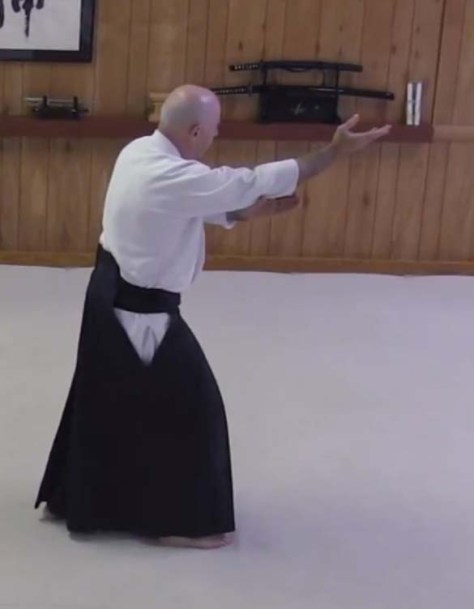 From the Introduction, page 4, by David Loy in his edited collection Healing Deconstruction: Postmodern Thought in Buddhism and Christianity:

According to Madhyamika, our taken-for-granted world is mentally-constructed by our delusive attribution of self-existence to objects, which makes us experience that world as a collection of discrete things interacting in space and time; and that leads to suffering insofar as we understand ourselves to be such self-existing things, who are nonetheless subject to the ravages of time and change–who are born only to fall ill, grow old, and die. Merely by subverting such ontological claims, and without offering any views of its own, the Buddhist deconstruction of such self-existence (especially our own) can allow “something else” to shine forth.

In my recent training experience, I have the sense that Aikido is physically deconstructing my perception of an independently-acting self.

Several close friends believe we have immortal souls. Not sharing that faith makes Marci’s impending death more lonely for me, a forever loss. Far from belief in a discrete immortal soul that does not die, the Madhyamika Buddhist view is that we don’t have that individuality, even in this life. But it seems to be a view into a bigger space. 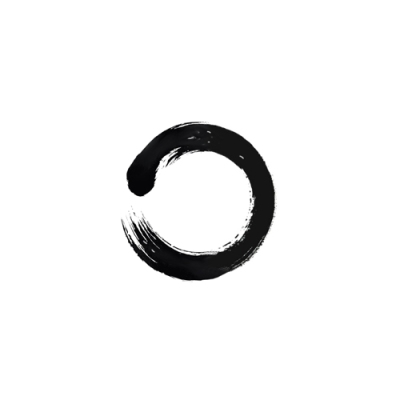 There are now brief moments of doing it right in my otherwise relatively unskilled Aikido practice, when, with no push and no pull, I move someone much bigger than myself — it happens, not often! It is without effort, but by congruence. Something else shines forth?

What is spiritual, but the study of reality.

Brion Toss, weapons sensei at Aikido Port Townsend, and I wondered about how you know whether you are on a path to mastery or are fooling yourself. I suspect that reality, action in the real world, provides the answer. As we experience on the mat, only good technique works, provided that the attack (the encounter) is genuine. If it doesn’t work, you know, because you fail. Reality, the organizing principle, the logos, provides the constraints that create the form of the practice and its evolution. It’s possible to be screened from reality by habits, fantasies and addictions — frequently happens. You can live in that undisciplined world so long as it is self-contained, does not contact with reality. Then reality penetrates with overwhelming power.

An ongoing inquiry into change and stability in nature, politics and ourselves, by Ben Shaine 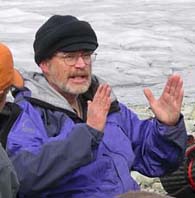 Ben Shaine teaches with college environmental field programs at the Wrangell Mountains Center in McCarthy, Alaska, and as resource faculty at The Evergreen State College. He engages in public policy advocacy with organizations in Alaska and elsewhere, has served as a lobbyist at the national, state and local levels, consulted internationally on issues of urban development and sprawl, and taught at The University of California at Santa Cruz and the Arava Institute, Israel. His years living in the Wrangell Mountains are the basis for his novel, Alaska Dragon, which explores themes of contemplation and action in the context of the American wilderness.

Living on Unstable Ground by Benjamin A. Shaine is licensed under a Creative Commons Attribution-ShareAlike 3.0 Unported License.
Banner photo of the Kennicott Glacier by Gaia Marrs